FORMULATRIX® has long been a company known for developing products without boundaries.  In 2002, FORMULATRIX launched a LIMS solution for protein crystallization automation (ROCK MAKER®) that was adopted by some of the world’s largest pharmaceutical companies.  This development served as a stepping stone for the company to grow into a market leader with the further introduction of imaging systems, optimization screen makers, and drop setters. Since then, the company has grown from 2 employees to over 300 with international operations in Europe, Asia, and North America.

Some would argue that launching a novel digital PCR platform aimed at taking over the market for nucleic acid quantification would be enough innovation for one year, but FORMULATRIX is not your average start-up company.  In fact, FORMULATRIX is not a start-up company anymore, but you would never know from the fast-paced and dynamic work environment where a team of 30 in the US and 300 in Indonesia are poised to disrupt both the market for digital PCR instrumentation and also for laboratory automation.

This year at SLAS 2018 booth #1335, FORMULATRIX will be unveiling a concept for a novel automation platform that offers so many benefits to researchers preparing samples that it is surprising others have not beat them to the punch.  It turns out that liquid handling automation has largely remained unchanged over the last 40 years, and FORMULATRIX has finally answered the market need for scalable, user-friendly, and intelligent laboratory automation. 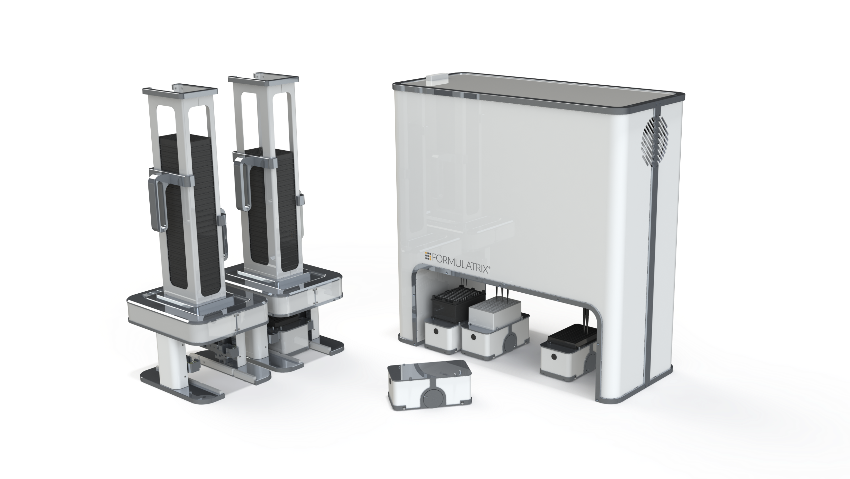 The ROVER™ Laboratory Automation Platform from FORMULATRIX will utilize machine vision and mobile microplate “Rovers” that carry microplates around the lab from instrument to instrument providing researchers with an infinitely scalable platform.  Automated sensors in various pipetting stations, starting with an 8-channel variable spacing air displacement model, will automatically sense liquid levels, liquid classes, and labware geometries removing virtually all liquid handling optimization from the picture.  “The idea behind a results-oriented software interface is that you indicate how you would like your samples to be processed, and the instrument decides how to best perform the liquid handling tasks, sensing liquid levels, viscosities, and labware geometries along the way to ensure highly reproducible sample preparation.” Explained Thomas Rawlins, Marketing Manager at FORMULATRIX.

When configured with the MANTIS® Liquid Handler, a microfluidic reagent dispenser with a 6 µL dead volume, and the CONSTELLATION® Digital PCR System, a plate based digital PCR system, the first intelligent pipetting platform (to be released in July of 2018) will provide researchers with a full workflow solution for sample preparation and analysis in miniaturized nucleic acid quantification workflows. 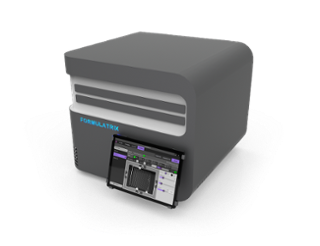 “FORMULATRIX is a company that was created to help scientists achieve their research goals” explained Jeremy Stevenson “for the last 40 years, researchers have been dealing with archaic hardware and software solutions, and have wasted a lot of time optimizing liquid handling protocols.  It is about time that we help the life science industry adopt cutting edge technology that has been used in other industries for years in order to give some of that time back.”